With an ABCI of 56.6, business confidence in Mobile is moderately positive moving into the fourth quarter of 2021. This index is 4.7 points lower than the metro’s Q3 2021 ABCI but still indicates expectations for economic growth compared to last quarter. With all of the industry indexes registering above 57, panelists in Mobile are feeling positive about their own industry prospects this quarter. However, panelists are less optimistic about the general economic outlook, with a mildly positive Alabama index and a mildly negative U.S. index.

In the fourth quarter 2021 survey, Mobile’s ABCI remained positive but decreased to a more moderate level compared to the two previous quarters of very strong confidence. This quarter’s drop in business confidence may reflect the higher level of uncertainty as Alabama grapples with the highly contagious Delta variant. Despite business confidence being lower than in Q2 and Q3 of 2021, this is the fourth consecutive quarter that the Mobile’s ABCI has been moderately or strongly confident, indicating sustained expectations for growth moving into Q4 2021.

Though business confidence decreased from the third quarter levels across the state’s metro areas, ABCI panelists are still forecasting growth in Q4 2021. The metro’s hiring indexes were all above 57, indicating sustained expectations for increased hiring despite the higher levels of uncertainty that are reflected in the other indexes. Tuscaloosa had the highest index with a strongly confident ABCI of 60.9, followed by Huntsville at a more moderate 58.8, Mobile at 56.6, and Montgomery at 55.9. Birmingham-Hoover had the lowest metro ABCI this quarter at a mildly positive 54.2.

The Center for Business and Economic Research would like to thank the Alabama business executives who completed the fourth quarter 2021 ABCI™ survey. This is the 80th consecutive quarter this report has been recorded, and it would not have been possible without your participation.
Be sure to log in during the December 1–15 survey window to record your opinions about economic prospects and industry performance looking ahead to the first quarter of 2022. 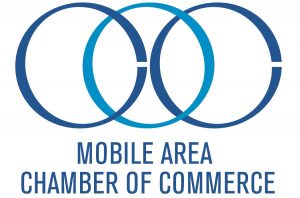 This report was produced in partnership between the Center for Business and Economic Research at the The University of Alabama’s Culverhouse College of Business and the Mobile Area Chamber of Commerce.