➢ Alabama’s economy declined by 29.6 percent in the second quarter of 2020, following a 3.2 percent drop in the first quarter. During the third quarter, the economy will most like expand by 20 to 25 percent and by about 3 percent for the fourth quarter, for the year, the state’s economy is estimated to drop by about 2.0 percent.

➢ Total nonfarm employment is forecast to drop by about 2.5 percent in 2020, with most of the job losses in manufacturing; healthcare and social assistance; accommodation and food services and government entities. Some export oriented manufacturing industries will also continue to experience a net loss in jobs, particularly industries that also rely on inputs from abroad. 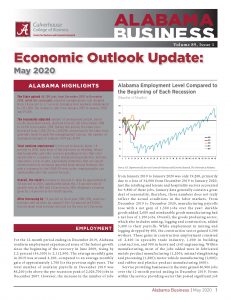 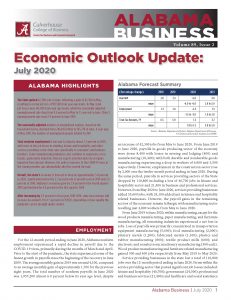 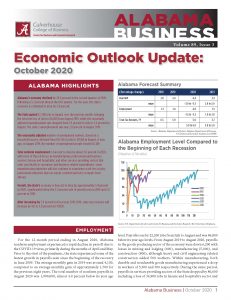 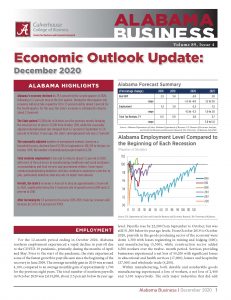