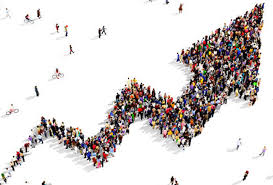 The U.S. Census Bureau has just released its estimated breakdown of Alabama’s population and some interesting numbers have emerged, says a University of Alabama census expert.

Watters also pointed out that the number of women of child-bearing age has actually been decreasing in Alabama throughout the decade.

“There are also fewer high school aged students in Alabama now than there were in 2003,” Watters said. “These are the ages of people who are finishing their education, entering the labor force, and moving into their prime earning years.”

The State Data Center is part of the Culverhouse College of Commerce and Business Administration’s Center for Business and Economic Research. The Center was created in 1930, and since that time has engaged in research programs to promote economic development in the state while continuously expanding and refining its base of socioeconomic information.