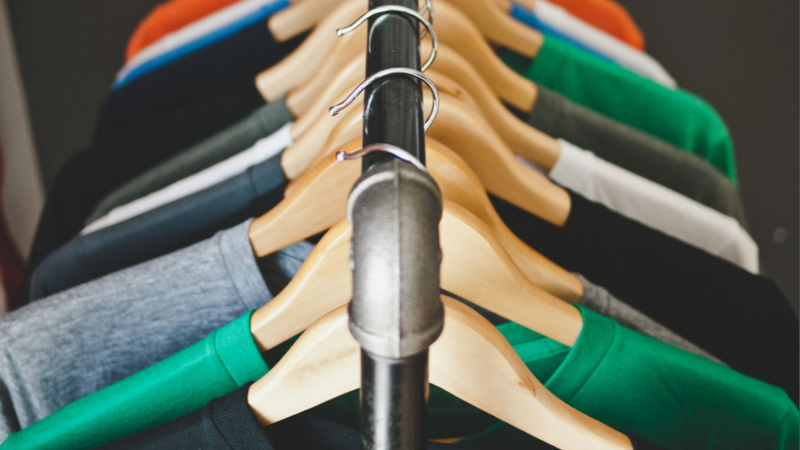 Growth in Alabama’s retail sector exceeded that of the nation, where inflation-adjusted sales were up 2.8 percent and employment increased by 3.5 percent. Almost every Alabama retail category saw fewer stores and higher sales. While the number of general merchandise stores dropped 1.6 percent, real sales climbed 19.2 percent. Sales of gasoline service stations were up 19.2 percent also, with a 2.0 percent decline in businesses. The largest contrast was a 20.3 percent increase in constant dollar drug store sales in the face of a 12.0 percent decline in stores.

While still Alabama’s largest retail sector when measured by sales in 1992, the automotive category was the only group to report a decline in real sales, amounting to 7.3 percent for the five years. There were 106 fewer automotive establishments and 2,284 fewer employees in 1992.

Apparel and accessory stores saw the greatest attrition; there were 413 fewer stores in 1992 for a drop of 16.8 percent since 1987. Eating and drinking places bolstered their status as the most frequent type of retail business across the state: the 5,326 establishments counted in 1992 represents a 14.7 percent increase. However, with constant dollar sales increasing a lesser 11.2 percent, sales per eating and drinking place were actually down across the period. The automotive sector was the only other category to see declining average inflation-adjusted sales per establishment.

Surveying Alabama’s retail landscape in 1992, eating and drinking places were the most plentiful and the most labor-intensive. Sales per employee averaged just $28,369 in 1992, compared to an overall retail average of $102,846. These establishments employed 32.6 percent of all retail workers in 1992 while generating just 9.0 percent of total sales. With 3,128 stores and 46,202 employees, the food sector was the second most prevalent retail establishment and employer. Food stores accounted for 17.1 percent of retail employment and 20.5 percent of sales.

At $288,868, automotive sales per employee were considerably higher than for any other group; gasoline service stations ranked second at $185,481. Alabamians continued to spend the largest share of their retail dollars on automobiles and other vehicles and parts: in 1992, 22.3 percent of all retail purchases were made in the automotive sector.

Alabama’s ten metropolitan areas dominate the state’s retail economy. In 1992, 67.3 percent of Alabamians lived in its 21 metropolitan counties (including Russell, which is part of the Columbus, Georgia MSA). And, according to the 1992 Census of Retail Trade, 74.2 percent of all retail sales were transacted in these MSA counties.

Urban stores tended to be larger than their rural counterparts; these establishments employed 74.8 percent of retail workers while accounting for 68.0 percent of all retail businesses. Employment per store averaged 12.3 in metropolitan area counties and 8.9 elsewhere. Overall, the 16,374 retail establishments located in metropolitan areas employed 201,613 and generated almost $20.6 billion in sales in 1992.

The Birmingham MSA, with 20.7 percent of the state’s 1992 population and 24.3 percent of retail sales, reported the highest sales per capita at $7,837. Mobile ranked as the state’s second largest retail market: the Mobile MSA produced 13.0 percent of total sales in 1992, but placed just sixth in per capita retail sales. Dothan, Florence, Huntsville, and Montgomery all surpassed the U.S. average of $7,429 in 1992 per capita sales. Sales were weakest in the Decatur and Gadsden metropolitan areas, falling below the statewide average of $6,703 per person.

Average retail salaries ranged from a high of $11,946 in the Birmingham MSA to a low of $10,308 in Anniston. Only Birmingham, Huntsville, and Mobile reported a higher payroll per employee than the statewide average of $11,083 in 1992.

Changes in Alabama’s metropolitan area retail economies varied during the five years from 1987 through 1992. Most saw inflation-adjusted sales rise. Retail sales climbed 14.1 percent in Florence and 9.2 percent in Decatur. Sales gains also exceeded the statewide average of 5.7 percent in Mobile, Huntsville, and Montgomery. But two MSAs saw the value of sales fall during the period: constant dollar sales dropped 7.7 percent in Gadsden and 3.8 percent in Dothan.

Some MSAs saw marked increases in specific retail categories. The number of general merchandise stores climbed 26.1 percent in the Dothan MSA and 16.7 percent in Anniston between 1982 and 1992. The Decatur MSA saw a 28.2 percent increase in lumber and hardware stores and a 25.0 percent gain in gas stations. Eating and drinking establishments were up 28.3 percent in Montgomery, 20.2 percent in Florence, and 19.4 percent in the Huntsville MSA. The number of food stores in the Montgomery MSA increased by 12.9 percent.