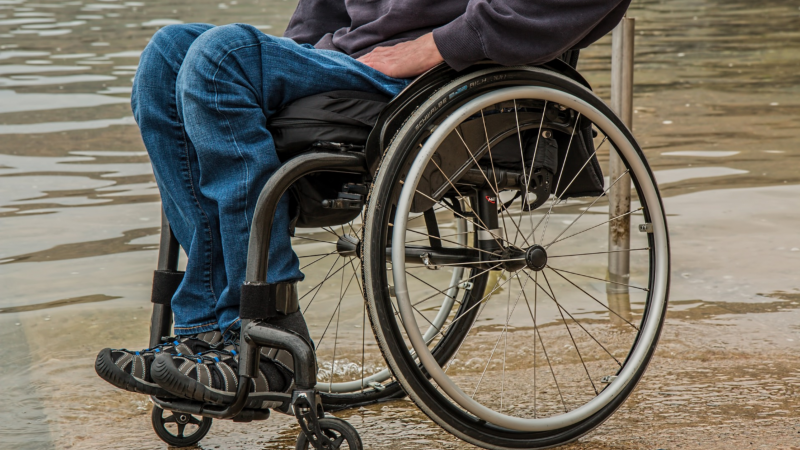 More than one in 10 Alabamians between the ages of 16 and 64 have some kind of disability, according to census figures released this week by the Alabama State Data Center (ASDC).

“If current trends continue, Alabamians 65 and over will make up 16 percent of the state’s total population by the year 2015, compared to about 13 percent currently,” said Annette Watters, ASDC manager. The Center is a division of The University of Alabama Culverhouse College of Commerce and Business Administration that works closely with the U.S. Census Bureau.

“With the population aging and the likelihood of having a disability increasing with age, the growth of the number of people with disabilities can be expected to accelerate in the coming decades,” explained Watters, also chairman of the Washington, D.C.-based National State Data Center.

In Alabama, 11 percent of the white population between the ages of 16 and 64 has a disability, compared to 18 percent of the black population. After age 65, the disability difference between the races becomes even greater; one-quarter of whites, compared to one-third of blacks over 65, have what the Census Bureau terms “a mobility limitation and/or a self-care limitation.”

However, the difference between the sexes is not as significant: 13 percent of all working age men in Alabama and 12 percent of women in the same group have a disability.

Watters pointed out that not all people with disabilities receive public assistance.

“People may be surprised to learn that more than three-quarters of Americans aged 22 to 64 with disabilities do not receive public assistance,” she said. However, she said, about half the beneficiaries of such programs had a disability. In 1990, 15 percent of Alabama’s adult, non-senior population lived in poverty, compared to 29 percent of disabled non-senior adults.

Of the civilian non-institutional population between the ages of 21 and 64 in Alabama who have a work disability or mobility limitation, 27 percent were employed in 1990, compared to a national average of 35 percent. About 4 percent of Alabama’s total work force under the age of 65 is disabled.

Only 52 percent of Alabamians between the ages of 25 and 64 with disabilities have a high school diploma, compared to 74 percent of all state residents in that age group. And only 7 percent of disabled persons are college graduates, compared to 18 percent of the population statewide.

Watters noted that most of the state data comes from the 1990 census, which relied on people answering questions honestly. “The questions are somewhat subjective, and involve self-assessment,” Watters said. Census Bureau analysts note that the federal government is still in the early stages of determining how best to monitor statistically the status of people with disabilities.

The Alabama State Data Center is part of the UA Center for Business and Economic Research. Created in 1930, CBER since that time has engaged in research programs to promote economic development in the state while continuously expanding and refining its broad base of socioeconomic information, thereby enabling it to serve as Alabama’s central reservoir for business, economic and demographic data. To help track the level of economic activity in Alabama, CBER developed an econometric model of the state. Since 1980, output from that model has been published in the annual Alabama Economic Outlook series.

The UA Culverhouse College of Commerce and Business Administration, founded in 1919, first began offering graduate education in 1924. The College was the only business school in the state listed in the latest edition of the prestigious Princeton Review, which cited the high quality and moderate cost of the school’s flagship MBA program.