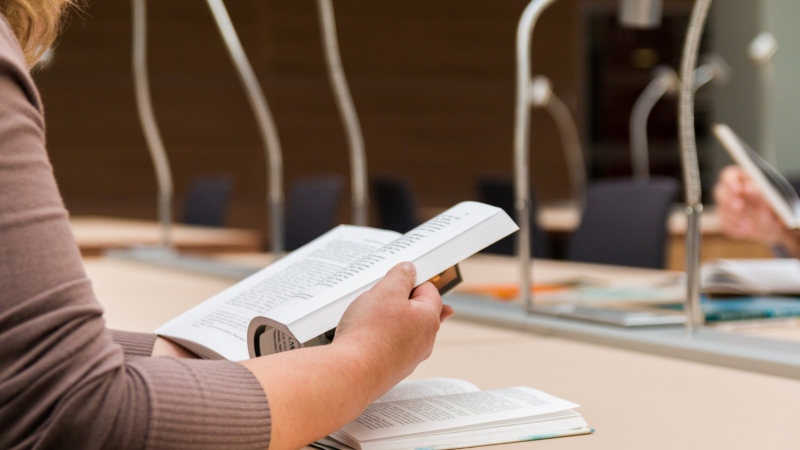 While the income gap between Alabama and the national average has narrowed over the past 30 years, why Alabama persistently lags behind our sister states demands understanding. Why does the average Alabamian earn less than the average American? There are two primary reasons. First, many rural Alabama counties have little or no industry. These counties have high unemployment and significant poverty. Tables 1 and 2 give data for all 67 counties and profile Alabama’s 10 poorest and 10 wealthiest counties.

The second reason for the income gap is in the nature of the industries that dominate Alabama’s rural industrial base. The common thread among rural Alabama employers is their minimal labor force requirements. Rural Alabama employment is dominated by low skill, low wage industries—characteristic of a poorly educated workforce.

Alabama is a state blessed with natural resources. It is located in one of the fastest growing regions

of the country, and it connects to superb domestic and international markets by air, rail, interstate, and sea. Why then does the state continue to under-perform the nation as a whole?

As in all matters of the human condition, there are many forces at work. Alabama lives with a legacy that extends to the Civil War and before. While the land and climate are well suited to an agrarian economy, an agrarian economy is not the wealth producer in the 20th century that it was in the 18th. Rural Alabama is struggling to find its place in an increasingly information and technology driven economy—a 21st century economy that demands a well-educated workforce.

These observations are a bit like a child’s marveling at the discovery that the sun always rises in the east. How can one deny that the quality of life and the future of the economy are contingent on a well-educated citizenry? This issue is rarely de- bated. So why then does Alabama seem to ignore the quality of education in the rural counties? And why, at times of need in urban schools, are public tax referendums frequently defeated?

As new communities sprang up in the westward movement across America, settlers first built shelter, then a church, and then a school. Young families and grandparents alike knew the value of education. They built the school with their own hands and hired the teacher. They understood the value of an education and they invested their time and personal wealth in the future of the children of the community. They saw these expenditures as an investment. They knew that one day the children would become teachers, doctors, business leaders, architects of tomorrow— builders of the future.

Maybe Alabama faces crisis of confidence. Confidence in the ability of the schools to teach and educate the children, the confidence once born of involvement, has been lost through the pace and distractions of late 20th century living.

For Alabama to prosper, to begin to realize its economic potential, it must be willing to invest in all of its children. This will only happen when every adult once again believes in the value of education and the ability of our schools to teach and educate the children of Alabama—the leaders and workers of tomorrow. 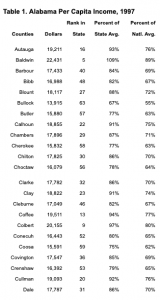 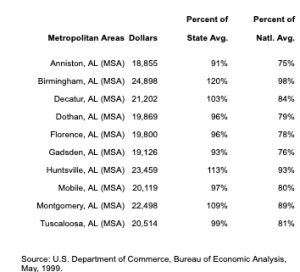