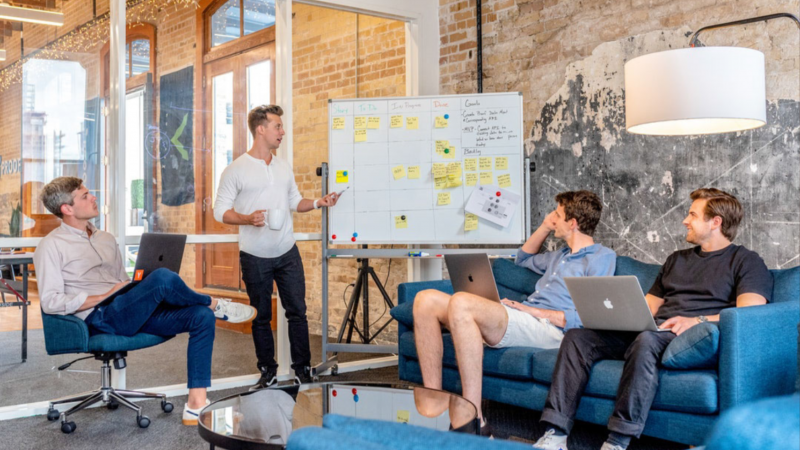 From July 1998 to July of 1999 Alabama’s manufacturing firms lost 9,300 jobs. Sixty percent of the lost manufacturing jobs were in textile and apparel industries. Of the 5,500 jobs lost in these two industries, 4,800 were in rural areas. Most of these jobs were in plants requiring a relatively low-skill labor force and labor-intensive production methods. Because so many jobs are leaving rural counties, economic development there has become an important issue. One difficulty that industry recruiters face is the business world’s relentless change from low- skill, labor-intensive jobs to jobs that require higher educational attainment and technological skills. Many of Alabama’s rural counties have disproportionately high numbers of adults with low levels of formal education or technical training. Thirty-seven of Alabama’s 46 rural counties have an adult population where less than 60 percent have completed a high school education.

Most textile and apparel industry jobs requiring a lower skill level and educational attainment were created in rural areas. Those areas had lower labor costs and provided rural residents with alternatives to employment in the agricultural sector. When an apparel plant has relocated or shut down, displaced workers have had few other employment opportunities. Jobs being created today require higher educational levels and more technological skills than the workforce possesses in some counties.

Employment in textiles and apparel has been declining for quite some time, and NAFTA (North American Free Trade Agreement) probably accelerated the process. One of the choices for workers who have lost their jobs in any industry due to NAFTA has been to apply for Transitional Adjustment Assistance, a Department of Labor program under which workers can qualify for training and assistance. This program has both advantages and disadvantages for the participants. Although the workers attain marketable skills, under most circumstances, the newly-trained people must relocate because the relevant new jobs are in metropolitan areas, rather than the rural areas where they reside. Many former apparel workers cannot relocate. They have obligations that make it difficult for them to move. Since NAFTA’s implementation through the third quarter of 1998, the state has lost 25,000 jobs in the textile and apparel industries. However, only about 3,900 people have applied and been certified for Transitional Adjustment Assistance.

At present there are nine counties in Alabama with unemployment rates over 10 percent and 27 counties with unemployment rates between 5 and 10 percent. Economic development officials desperately want to improve the employment opportunities in those counties. But, there are obstacles. Studies and surveys have shown that manufacturing firms contemplating relocating to rural areas repeatedly mention the same reasons for not doing so. These include lack of:

Technology and automation are constantly increasing in the industrial sector. Most manufacturing firms do not locate in rural areas because those areas lack a skilled work- force. And the rural workers who become skilled leave the area to take jobs elsewhere. The state’s economic development strategies could use several approaches in order to attract industries to rural counties. Some of these include:

Although it is a complicated issue, there are some simple economic realities in this conundrum.

The solution lies in long-term investments in education and retraining so high skill, high tech jobs of the future can come to rural areas. Quality schools and other educational programs will attract both professional and managerial staff to these counties. It will take a joint effort of state and local agencies, private firms, and the local citizenry to rescue Alabama’s rural areas.

The state’s ten metropolitan areas (MSAs) accounted for 69.3 percent of total sales in 1998, above their 66.6 percent population share. Metro areas are strong draws for shoppers making automotive purchases, with 73.6 percent of automotive sales. They are also a destination for dining out, accounting for 70 percent of sales of eating and drinking places.

Anniston. Sales in the Anniston metropolitan area grew at a state-average 6.0 percent in 1998, second highest among the MSAs, to total $978.5 million. Hardware and lumber sales were up a sizeable 13.7 percent, while automotive sales climbed 10.6 percent and sales of general merchandise rose 10.5 percent. Furniture sales were 8.4 percent above 1997. However, apparel sales declined 3.4 percent. Sales in Anniston averaged $8,362 per resident in 1998, below the statewide average and ranking seventh. Retail sales in the first four months of 1999 posted a gain of 5.0 percent, highest among the ten MSAs.

Birmingham. The Birmingham MSA saw sales of $8.94 billion in 1998, 23.6 percent of all retail sales statewide. While sales rose $276.4 million over 1997, the gain was a modest 3.2 percent. Sales gains were below the statewide average in every sector. Automotive sales showed the strongest increase, at 6.4 percent. Hardware and lumber sales rose 5.3 percent, while apparel sales were up 4.3 percent and sales at eating and drinking places increased 3.3 percent. Furniture sales were down 4.4 percent from 1997. Still, the Birmingham MSA is a destination for shoppers who reside outside the area. Per capita retail sales of $9,837 ranked second in 1998. Birmingham area sales for the first four months of 1999 were flat.

Decatur. Propelled by strong growth in sales of hardware and lumber, retail sales in the Decatur MSA climbed 4.7 percent to $1.07 billion in 1998, an increase of $47.9 million over 1997. Hardware and lumber sales were up 20.4 percent, while automotive sales increased 8.2 percent and sales of general merchandise rose 5.4 percent. However, sales of apparel and furniture, as well as sales at eating and drinking places, fell moderately. The retail draw of the Decatur area continues to be weak, with residents likely to shop for some items outside the area. At $7,481, sales per resident ranked last among the MSAs. Sales rose 3.0 percent during the first four months of 1999 compared to the same period in 1998.

Dothan. Dothan’s retail sector has shown rapid growth in the last two years. From 1996 to 1997, sales jumped 13.2 percent. Area sales rose 7.2 percent from 1997 to 1998, the largest increase among the MSAs. Sales totaled $1.45 billion in 1998, with per capita sales amounting to $10,767, highest among the ten metro areas. This indicates substantial in-shopping by residents from nearby counties in Alabama, Georgia, and Florida. Sales of hardware and lumber climbed 14.7 percent for the year, while automotive sales increased 11.8 percent and general merchandise sales grew 8.8 percent. Although apparel sales were flat, the remaining sectors saw moderate increases. However, for the first four months of 1999, sales gains were a weak 1.0 percent.

Florence. The Florence MSA saw a 2.8 percent gain in retail sales in 1998. This increase of $35.9 million brought the total to $1.32 billion for the year. Growth was below the state average across all sectors. Strongest gains were in general merchandise sales, up 8.8 percent, and sales of hardware and lumber, which rose 7.4 percent. Automotive sales gained just 3.6 percent, compared to Alabama’s statewide increase of 7.8 percent. Sales of furniture and at eating places were flat, while apparel sales declined. Yet, with its location in the northwest corner of the state, the Florence area is a draw for shoppers. Per capita retail sales of $9,600 were almost $900 above the Alabama average and ranked third among the MSAs. Retail sales for the first four months of 1999 rose 2.9 percent.

Gadsden. Gadsden continues to lose a share of its residents’ retail dollars to neighboring areas, including the Birmingham MSA. Retail sales per resident averaged $7,621 in 1998, over $1,000 below the state average, giving the area a ninth place ranking. Retail sales rose $28.4 million during 1998, for a 3.7 percent gain that brought the total to $792.4 million. Hardware and lumber sales showed a strong 11.3 percent gain, while sales at general merchandise stores climbed 7.6 percent. Automotive sales posted a 5.9 percent increase during 1998 and sales at eating places rose 5.7 percent. While apparel sales were up 3.7 percent, furniture sales declined. Sales gains for the first four months of 1999 amounted to 3.2 percent.

Huntsville. Retail sales increased just 1.3 percent in the Huntsville MSA during 1998, the slowest growth of the ten metropolitan areas. Sales totaled $2.7 billion, $35.9 million above the 1997 total. Hardware and lumber rang up the largest gain, at 8.0 percent. Automotive sales were up just 3.4 percent. A 2.0 percent increase in sales at general merchandise stores compares to the 10.1 percent average gain statewide. Sales at eating places were flat, while apparel and furniture sales declined. Huntsville ranked eighth on per capita sales, with an average of $7,941 in retail purchases per resident. The first four months of 1999 saw a stronger sales increase of 2.3 percent.

Mobile. Mobile area retail sales were dampened by the effects of Hurricane Georges in the fall of 1998, with the gain for the year just 2.2 percent. This $98.0 million increase brought area retail sales to $4.55 billion for 1998. Per capita sales of $8,544 were slightly below the Alabama average and ranked the area sixth. The largest gains in 1998 came from automotive sales, which were 8.3 percent above the 1997 total. Sales at eating places showed the strongest growth among the ten MSAs, increasing 6.3 percent. Hardware and lumber sales rose 5.7 percent. Furniture sales were up slightly, but sales of general mer- chandise and apparel declined. Retail growth continued at a 2.3 percent pace through April 1999.

Montgomery. The Montgomery MSA posted a below-average 2.5 percent increase in retail sales during 1998. Sales for the year totaled $2.97 billion, an increase of $73.1 million. Auto- motive sales gains of 8.2 percent bested the state average of 7.8 percent. However, hardware and lumber sales increased just 3.1 percent, while sales of general merchandise were off 2.9 percent from 1997. There were modest increases in furniture and apparel sales and in sales at eating places. Montgomery area sales averaged $9,237 per resident, over $500 above the state average, to rank fifth. Sales for the first four months of 1999 rose 2.3 percent.

Tuscaloosa. An increase in retail sales of 5.8 percent ranked Tuscaloosa third among the MSAs in sales growth during 1998. Sales for the year totaled $1.51 billion, up $82.9 million from 1997. Strong automotive sales were largely responsible for the increase. Automotive sales jumped 15.4 percent in 1998, compared to a statewide average sales increase of 7.8 percent. Sales at eating and drinking places were also strong, posting a 6.2 percent gain. General merchandise sales rose 5.3 percent, while sales of apparel were up 4.6 percent. Hardware and lumber and furniture posted weak increases of just over one percent. Per capita retail sales of $9,404 were about $700 above the state average and ranked fourth. Through April 1999, sales growth has been a moderate 2.3 percent.

Source: Center for Business and Economic Research, The University of Alabama.